Zak Starkey and Simon Townshend's musical paths have crossed a number of times over the years. They were both members of Roger Daltrey's 1994 Daltrey Sings Townshend, and would later go on tour together for The Who's Quadrophenia Tours, as well as work and record together for The British Rock Symphony, and The London Philharmonic's Who's Serious. But it is from the '94 Daltrey Tour band that Animal Soup was born.

Roger had brought together a very talented group of musicians and after the tour, four of them teamed up in January of 1995 to form "Animal Soup". 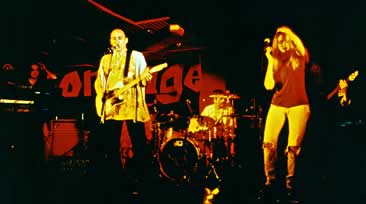 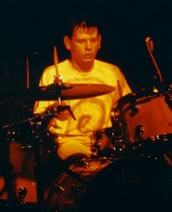 Animal Soup recorded around ten demos for a possible LP and performed a number of gigs in the greater London area. Some of the demo songs would later turn up on Simon's releases, and include contributions from Zak.

In the summer of 1995, Zak went out on the road with his dad for the 95 All-Starr Band Tour, which also featured John Entwistle. The DST band had regrouped for the Sept 1995 Who Convention, and there was talk of more touring, which never did materialize. Animal Soup never really did pick up where it left off after that, despite the promise in a small write up which appears in the Who Convention Program (pg 8), that says they were to have been back on the live scene in January '96!!

In 1996, The Simon Townshend Band emerged, featuring Simon, Tony Lowe, Lindsay King, and Ben Townshend (Simon's son) on drums. They re-recorded many of the Animal Soup demo songs for their own STB CD Among Us. Zak's guitar parts can be heard on two tracks! The Simon Townshend Band lineup then fluctuated a bit, and by 1998, it now included original Soup member Phil Spalding. They chose to re-christen the band ANIMAL SOUP, and made a number of appearances in the UK in 1998, and headed into the studio to work on a new CD. By March 1999, the CD was released, but the band was back to calling themselves The Simon Townshend Band, and the CD ended up titled ANIMAL SOUP!