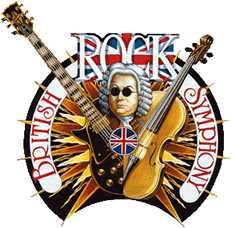 In 1998, promoter David Fishof brought us another unique presentation of rock musicians. This time it has a classical twist. The British Rock Symphony & Choir performed symphonic versions of music by The Beatles, The Who, The Rolling Stones, Led Zeppelin and Pink Floyd.

Powered by a 60-piece orchestra of musicians from London's Royal Academy of Music, conducted and directed by Keith Levenson, the performances also featured a 20-member gospel choir, and various guests from the Rock world!

The prelude to the National Summer '98 Tour consisted of three performances and a press conference in the NY/CT area in April 1998, which included special guests:


The program format used at these three performances remained basically the same for the entire 1998 (and future) tours, with only minor alterations. The "Rock Symphony" was presented in two parts, each containing two or three "Suites". Each "Suite" was made up of a medley of songs, plus three or so complete tunes sung by the special guest vocalists. The music was provided by the mixing of the Orchestra and a core Rock n Roll Band.
View the 1998 Program Setlist

Zak was also a member of the core Rock n Roll Band that went into the studio to try and capture the British Rock Symphony Sound in June of 1998. (see releases)

The announcement came March 31st that ROGER DALTREY was joining the national tour, and would be performing some of The Who's greatest hits and his personal renditions of classic songs from the other featured artists! Unfortunately, Zak's schedule did not allow for him to be part of this presentation. Roger's tour ran from July 4th through Aug 8th.

There was another variation that toured Australia in the fall of 1998 that featured Eric Burdon of The Animals as guest vocalist along with Thelma Houston and Glenn Sharrock. Though Zak's name was listed on the advanced posters, he did not participate in this edition of the BRS Tours.

The British Rock Symphony took their act on the road in Europe in 1999, coinciding with the release of the studio version of the BRS. 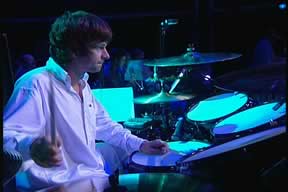 Zak Starkey along with Simon Townshend and others toured Europe with The British Rock Symphony during the summer of 1999! Guest vocalists included Roger Daltrey, Paul Young and Gary Brooker.
Details of the 1999 Euro Tour

The program was only slightly altered from the 1998 version.
View the 1999 Program Setlist

If you caught a show, please let us know!
It was this European tour that was filmed and later released on video. (See releases)

The BRS hit the US in March and April of 2000. This time, Roger Daltrey DID NOT travel along. Zak was also not part of this configuration. Guest vocalists for this segment are listed as: Billy Preston, Darlene Love, Nikki Lamborn and Simon Townshend.

February through March 2000 - as The Ultimate Rock Symphony
Though the posters and flyers used to promote the sale of tickets (on sale in October 1999) list him as drumming, Zak was not a part of this BRS outing. The Tour featured: Roger Daltrey, Alice Cooper, Peter Frampton, Paul Rodgers, Gary Brooker, Jack Bruce, as guest vocalists. Simon Townshend, Geoff Whitehorn, John Rabbit Bundrick, Jaz Lochrie filled out rock section, and Ben Townshend (Simon's talented son) on drums!
See my Simon Townshend section for details!

|back to Zak's work with  Roger Daltrey  |