For the genesis of Zak's involvement with the band Oasis, see the Zak with Oasis 2004 page. He was their drummer for 2005's "Don't Believe The Truth", and the world tour that ran from May of 2005 and continued through the end of March 2006 to promote it.

Oasis, or at least most of, had spent about 6 weeks earlier in the year (around Aug 6th) at Abbey Road Studios followed by a 6 week break while Noel spent time with his family after the birth of his son. The band began another round of recording sessions at Abbey Road Studios Nov 5th, where according to Noel, "we'll probably work through a couple of months there, have Christmas off, then go and mix it and see where we're at." They are expected to move to LA in early 2008 for the mixing process, and the release date would possibly be set for August 2008.

In Dec of 2006 it was announced that Oasis would be given the Outstanding Contribution To Music award at the 2007 BRIT Awards. Initial announcements claim the band will be their in person to pick up the award and perform live. The awards were broadcast live Feb 14th from Earls Court, London.

In yet another twist of their Fab legend aspirations, It was reported Feb 2nd that Ringo Starr, Zak's dad, would be presenting the award. And what is all this hype BS touting this as the first meeting of the parties involved?? The so-called journo's across the internet are all picking up the ERRONEOUS line about the band having never met the Starkey senior and are spewing it over and over and over again. But I know I have somewhere an interview were Noel describes meeting the ringed-one back stage at one of the 2005 gigs, and mentions being given one of Richard's white "Peace & Love" wristbands and how he was all 'old-hippy like'. When I find it, I'll post it. [Meanwhile if you can narrow my search, please drop me a line!].

So, the whole Ringo thing was nothing but total hype! According to Ringo's official website as well as in a reply by his publisist to a fansite, Ringo was never set to do the presenting in the first place!

Anyway, The band accepted their award and then performed live: Cigarettes & Alcahol, Meaning of Soul, Morning Glory, Don't Look Back in Anger, Rock and Roll Star

(LOVE the little plug for the Zildjian Artist Series sticks!)

DVD - Lord Don't Slow Me Down 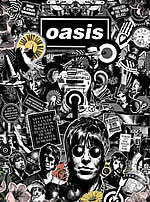 This is the documentary that was filmed during the Don't Believe The Truth world tour, directed by Baillie Walsh. Parts of the film were included on the Let There Be Love DVD single back in November of 2005. Almost exactly one year later (Nov 2006), to help promote the "Stop The Clocks" greatest hits collection, the film was screened in various major cities for fans-only invite audiences.

The 2DVD set includes the Documentary with bonus commentary from the band and Noel's 2006 NYC Q&A session with fans all on disc one.
Disc 2 contains the Manchester Stadium july 2 2005 concert (previously broadcast on tv) only this time in HD with stereo and surround sound. Also included is footage and pictures sent in by fans who attended. 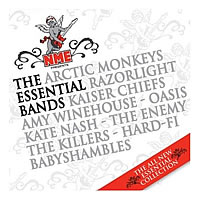 This 2 CD sampler contains "Lord Don't Slow Me Down"
as well as tracks from The Killers, Kaiser Cheifs, Amy Winehouse and more.