Robert Hart was once a member of a band called The Distance. However, his voice may be familiar to you as the lead singer of Bad Company circa 1995 ("Company Of Strangers"). Zak Starkey is listed as one of two drummers for the songs on this 1992 self titled CD by Robert Hart (his 2nd solo CD). Exact credits are not given. The connection here seems to be through Dave Colwell (guitars), who was a former member of A.S.a.P with Zak in 1989. Dave later went on to Bad Company, as did Robert in 1995.

Robert and Dave 'Bucket' Colwell, joined Andy Taylor (Power Station) and others on tour as THE BRITISH ROCK ALL-STARS back in late '97 early '98. Robert was most recently (1999) the frontman for Bernie Marsden and Micky Moody's Company of Snakes. If you are playing 6 degrees of Zak Starkey, you may recall Zak drumming for Moody Marsden in 1991, as well as working with Micky Moody in Nightfly, 1985. Robert also participated in the 2000 Tony Ashton Testimonial concert along which included Micky Moody, Bernie Marsden, & Zak Starkey to name only a small few! He is currently (2005) fronting The Jones Gang (x-Small Faces, x-Who drummer Kenney Jone's band!) 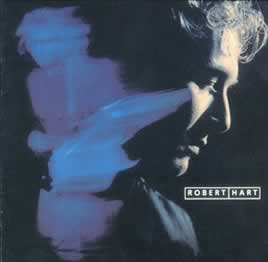 [Players are not listed for individual tracks, but my ears seem to think Zak is on tracks 6 and 8 (and possibly two others).] 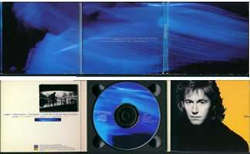 Heart And Soul (Cd single -GERMANY)
Hollywood/Intercord INT 825.341
* this is a remixed, extended version of the album track.