Two weeks of rehearsals began May 19th in LA at S.I.R studios, footage of which was BRIEFLY aired on MTV's Week In Rock music news roundup June 13, 1992. Additional rehearsals were held June 1st and pre-show June 2nd in Sunrise Fl. 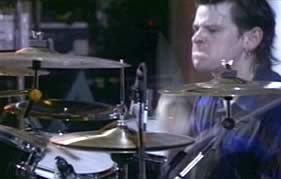 The European leg of the tour ran from July 2 - 24th 1992, and included the UK, Sweden, France, Germany, Switzerland, Finland, Denmark, Belgium and Italy! Many of these were "festival shows".
FULL VENUE LIST

The third and final leg of this tour again returned to the States, concentrating mainly on the West Coast, with some occasional detours East. It began August 1 in George, WA and ended Sept 6th, in Las Vegas, NV.
FULL VENUE LIST

CBS This Morning, July 7, 1992, aired a portion of "With A Little Help ..." from one of the June Radio City Music Hall performances along with a brief interview segment.

The Liverpool Empire July 6th performance was the centerpiece of The Disney Channel's Ringo: Going Home special. It was produced and directed by Stan Dorfman, and first aired April 18th, 1993. 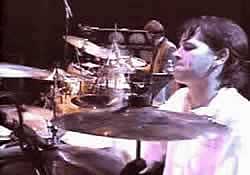 The program features Ringo taking son Jason on a walking tour of his old Liverpool haunts, interspersed with footage and songs from his July 6th Liverpool Empire concert.
Full performances of Weight Of The World, You're Sixteen, Don't Go Where The Road Don't Go, and Act Naturally can be seen, while portions of many other songs are shown or featured in-between and under interview segments. The studio Don't Go Where The Road Don't Go was released in Europe as a single in Nov of 1992. In Sept of '92, Stanley Dorfman put together a promo video for the song using soundcheck footage (venue unknown) and live footage from the July 6 Liverpool Show!

The band was also featured in a segment of ABC's In Concert, which featured a few songs, mixed in with interview segments, backstage and rehearsal footage.

Examination of the tour book seems to show that Zak apparently kept a low profile, as he does not appear in any of the group pictures in the program or those used for various promotions. He does have a picture and bio, which misprints his age at the time of his first professional gig as "19". It should read "17" (as it does in his 1995 All-Starr bio).

He does have a lot of "sponsors" listed in the credits of the tour program:

The drum technician for the tour was: Jeff Chonis.

|back to Zak with The All-Starrs  live  |


Special mention: Set lists, tour dates, venues, etc have been compiled from various sources over the years. However, THE major source that verified and corrected this information was the awesome book by Chip Madinger and Mark Easter entitled: Eight Arms To Hold You - The Solo Beatles Compendium - Covering recordings, releases, tours, tv, film, video and more!
Find out more and order your copy at http://www.8-arms.com