I was shocked and profoundly saddened to learn of the passing of Will Owsley (2010-April 30). His music brought so much joy and happiness to so many. How painfully sad that is seems he could not hold on to enough of the same to sustain him in this world. RIP. You will be missed. - Kathy V 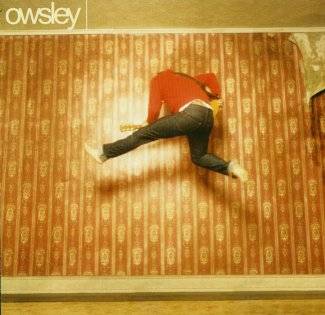 Fans of The Semantics will be ECSTATIC that there is finally a new project from one of the members that they will actually be able to FIND!!! But the best part is, they won't be disappointed!!

For those who may not know, The Semantics were an awesome power-pop trio made up of Will Owsley, Millard Powers and Zak Starkey. They recorded a KILLER LP for Geffen in 1993, that the label, in accordance with its typical stupidity, decided to pass on. In 1996, it was released on a small label in Japan, but the demand for the CD clearly outweighed the supply!

The principle members and songsmiths of the band, Will and Millard, have been (separately) hard at work in the interim, but it has been difficult, if not impossible for fans to find information or product. That is, until NOW!

Billed simply as OWSLEY, Will has put together another "not to be removed from the CD" collection! Chock full o'hooks, melodies and lyrics to keep ya hummin' and dancin' all day long! Fans of the pure pop genre, this is A MUST! I had given a friend of mine a copy of The Semantics back in '97. He hasn't taken it out of the car CD rotation since. I brought the new CD over to him, and after only 30 seconds into the opening track "Oh No The Radio", he was on the internet, ordering his copy and gleefully dancing around the room! I somehow expect the same reaction from ANYONE who gets to hear this!

Will also reworks two Semantics tunes on this CD; the Sky is Falling, and Coming Up Roses (the designated single!)

Millard is helping out on bass on a few tracks, and he has a NEW CD available through MP3.com! (includes a new recording of "Jenny Won't Play Fair")

OWSLEY is available from your local retailer (I've seen it in Tower as well as a few independents!) and on most all of the major Internet sources. BUY IT, you won't be sorry!

Also look for OWSLEY to be appearing in your area.

More info is available at: www.owsleymusic.com

2001- Millard Powers has been playing bass on tour with Ben Folds!

2001 - Owsley has his version of Band On The Run on the McCartney tribute CD.

|back to The Semantics|