Background: Back in June 16th 2000, Zak was part of the celebratory Tony Ashton Tribute concert - held to honor Tony Ashton's career and celebrate Tony's recovery from illness. However, by May of 2001, Tony's cancer had not only returned, but had spread, and he passed away the morning of May 28th 2001. 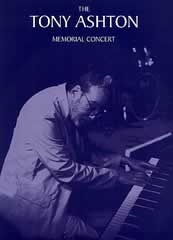 In October of 2001 it was announced that Jon Lord, Ian Paice, Miller Anderson, Colin Hodgkinson, Micky Moody, Bernie Marsden and Neil Murray, Zoot Money, Chris Farlowe, Geoff Whitehorn were all confirmed, along with tentative yes's from John Entwistle and Zak Starkey as long as their work with The Who doesn't over-run.

Tickets sold for £25 or £35, and the money was earmarked for the Tony Ashton Memorial fund. 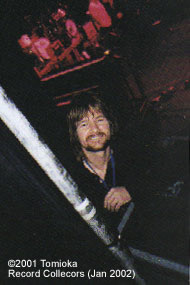 Zak DID manage to make it to the event that evening! Some short videos of Tony were shown, followed by the Norman Beaker Band, later joined by Dave Berry. Next up was Bernie Marsden, Mickey Moody, Neil Murray, Henry Spinetti and Geraint Watkins. Miller Anderson, Colin Hodgkinson, Zoot money soon joined the mix with a few short sets as well. After almost 2 hours, a short break was had by all.

Zak Starkey, Bernie, Mickey, Phil Spalding did a four song set of Beatles covers! [One After 909, Ticket To Ride, You Can't Do That and Taxman]. Followed by Jon Lord and Ian Paice running through some Paice Ashton Lord numbers, with Geraint filling in for Ashton's piano parts, and Bernie on vocals.

An expanded Company of Snakes closed the show, featuring Stephen Bergen on vocals, capping it all off with a all hands on deck finale of "Smoke on The Water", and Ashton's "Resurrection Shuffle" - over 16 people on stage, including three drummers [Zak one of them]!

A great full review is available at the Deep Purple Appreciation Society's site, and there are great pictures at Ted Mechanic's Deep Purple Site!