In September of 1997, Zak Starkey filled in on drums for a number of live appearances by Mike Scott. One of those appearances was on Virgin Radio, and a tune performed made its way onto on of Mike's releases: 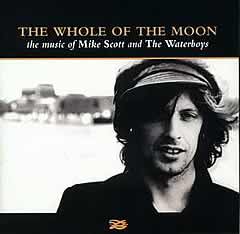 In September of 1997, Jeremy Stacey vacates Mike Scott's band, and Zak fills in for shows in Belgium and Holland. By the time the tour hits the UK in October of that year, Geoff Dugmore is Mike's new drummer.