As reported on www.stevemarriott.co.uk :
To mark the 10th year since the passing of legendary guitarist Steve Marriott, a celebration of his work took place at the Astoria on April 20, 2001. The event featured many guest musicians whom were inspired by Steves work. The evening was to be filmed for TV, and a later DVD & CD release. Organizers promised that should the event make a profit, a donation will be made to The Small Faces Charitable Trust. The Astoria holds about 3000, and the event quickly sold out!

Providing backing for most of the special guests was The Zak Starkey House Band: 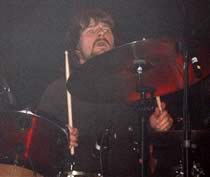 A very detailed review of the evening and the set lists can be seen at: Room For Ravers

The event was recorded and filmed.

A single hightlights CD was released April 23rd in the UK. Plans are to release about one year later, an extensive, limited edition box set of the FULL concert (3 hours), with interviews and a nice book to go with it, (shooting for the £50 price point) [still no sign of that as of Nov 2004].

This version is a 3 CD set containing EVERY performance from the Memorial Concert! It includes a glossy booklet with lots of photos and a 2001 Kenny Jones interview.