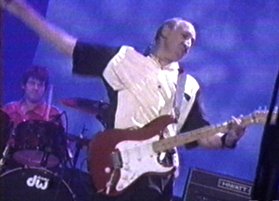 This was the mega launch party for Pixelon.com's new Internet video network. Proceeds from The Who's performance enabled the band to finance there planned charity shows that followed. Dubbed "iBash '99" the 10 hour event was broadcast live over the Internet via Pixelon's and VH1's sites. Though the event featured numerous artists like the Dixie Chicks, Sugar Ray, KISS, Brian Setzer, THE WHO was the headliner!

Pete, Roger, and John, along with John "Rabbit" Bundrick and Zak Starkey turned in a killer set featuring: 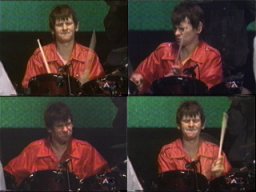 The entire show and various camera angles was up in Pixelon's archives for a brief time, but sadly are no more, as is Pixelon! A two hour TV special was aired on the PAX TV network Oct 30th 1999. 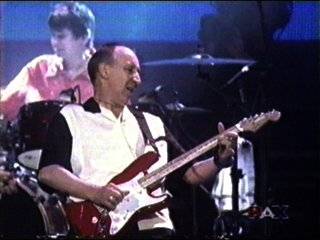 This concert was finally released on DVD in Europe and Japan in 2003 as The Vegas Job: The Who Reunion Live In Las Vegas. It was due out in the US around the same time, was delayed until 2004, and now seems tied up in litigation (2004).