In March of 1987 a mysterious single hit the radio programmers - white labled and sounding a bit like Jagger/Richards. Turns out it was a band called Broken English, and their debut single, "Comin' On Strong" reportedly received a boat-load of airplay, or at least enough to push the single as high as #18 on some UK charts.

While in the Strolling Bones, a Stones cover band, Steve Elson wrote and recorded the original stones-esque track for a laugh. Feeling the results were more worthy of a proper band and release, Broken English was formed. Steve gathered guitarists Jamie Moses and Alan Coates, and the three became the core.

The drummer history is a bit vague. The hit single led to a video, and the video and single led to TV appearances, and plans to hit the road. For TV and the road, they had to come up with a bass player and a drummer. But before they could hit the road, the label wanted an album. Zak Starkey is credited as the drummer on the second single, "Love on The Side" and according to the album liner notes "a couple of other tracks and some TV". [helpful aye?!] Other drummers to rotate on through included Adrian Shepherd and Paul Fenton. A fourth drummer is credited on the CD - Howard Tibble, who may be the guy on the first single. It's all a jumble. [if you have better detials let me know - kv] Deeper in the liner notes of the album, it reveals that Steve's manager at the time was Colin Johnson (Status Quo fame). This is most likely how Zak came to be involved (see NightFly 1985).

The album never did see the light of day. The band released a total of three singles between 1987 and 1988. The Album languished in the vaults until Angel Air released it in March of 2007 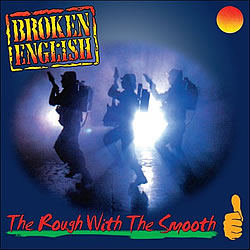 Zak is credited as being on the second single "Love On The Side" and "a couple of other tracks". Exact tracks as yet unconfirmed.

Interestingly, the second single's b-side - "Deep In My Heart" - is NOT on this album release. According to the liner notes it was the cause of some controversy that resulted in reduced airplay (The credited co-author was the brother of a popular DJ, and once desclosed, the BEEB pulled it from playlists) . Again, it is not confirmed if Zak is drumming on this track, now only available on the original single versions. Also missing from this album release is the 1st single's b-sides "Suffer In Silence", although it is not believed Zak was involced with that track

Zak is officially credited as being on "Love On The Side", the second single.
He is said to be on a few other tracks that made the album, but exactly which tracks or what b-sides or other singles are currently unconfirmed.

Accoring to the liner notes of the album's CD release, Zak did do some TV appearances with the band. It is unclear if he was involved with any live concerts, although the notes seem to hint at the idea that he did not.